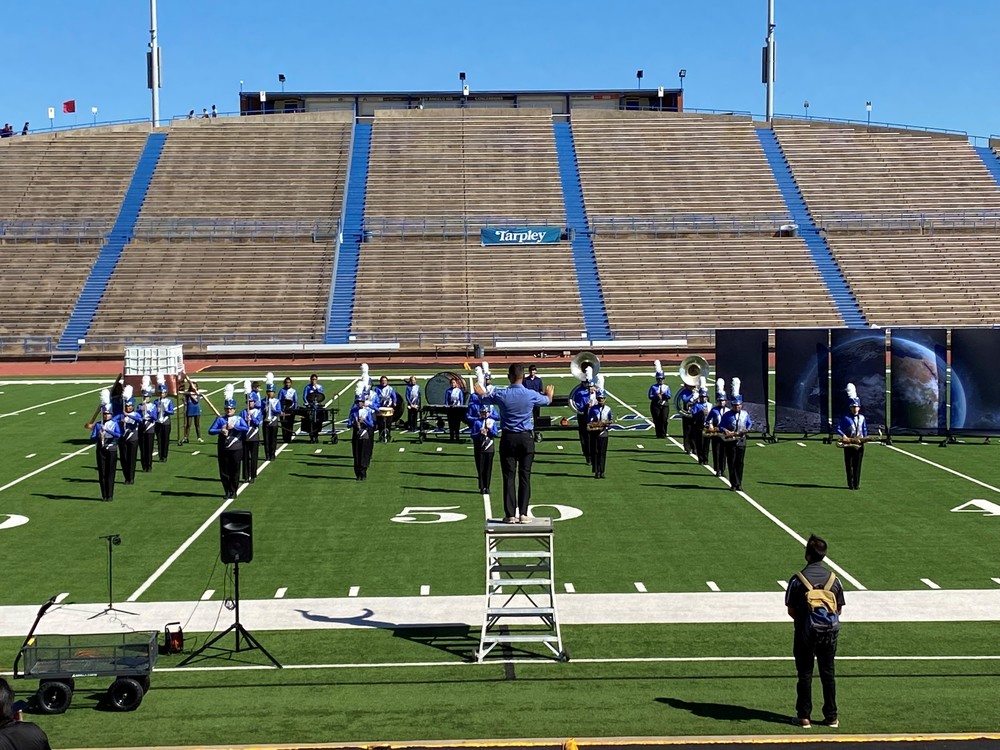 Congratulations to the Big Blue Band!

On Saturday, the Big Blue Band from Bulldogland performed at the UIL Regional Marching Contest at San Angelo Stadium. The band performed  under the direction of Ben Reaux, and drum majors are Regan Galindao, Jaslyn Saiz, and Celeste Gonzales.

The show is  “One Small Step.” The majority of our band is really young. At Region Contest, we placed 4th out of 8 bands—a 3 spot improvement from the week before. Preparation for the show started in August and after almost 3 months, the band was able to put on quite a production. Several students learned how to march for the first time, learned new instruments, and competed for the first time in 2 years.

Congratulations to our Band!