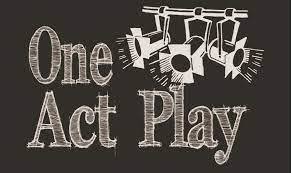 OAP has an outstanding year!!!!!

The Eden High School Drama Dogs will wrap up a successful OAP season with a final public performance on May 13 at 6:30PM. This is a free event to thank the community for all their support.

The cast and crew of “Chemical Imbalance” advanced from District to Bi-District to Regionals and collected several individual awards along the way. The production finished 24th in the state among 1A schools. This is the best showing by EHS in 24 years!

Tech awards were given to Jacob Moreno for lighting at District, Alejandro Carrion for sound at Bi-District, and Celeste Gonzales for her job as Stage Manager at Regionals.

Ryan Watkins received the Best Performer Award at both District and Bi-District plus All-Star Cast at Regionals.

The Troupe would love to have the auditorium filled to “socially distanced” capacity to help us celebrate our winning season!